During the Summer months rivers are one of the locals favorites, whether it is fishing, rafting the Rogue, swimming at Cantral Buckley, taking a Jet Boat Excursion through Hellsgate Canyon or just barbecuing at Griffin Park, there is always something to do. In Southern Oregon, a river can be found within 15 minutes of driving. 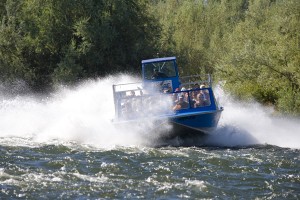 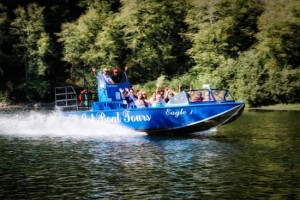 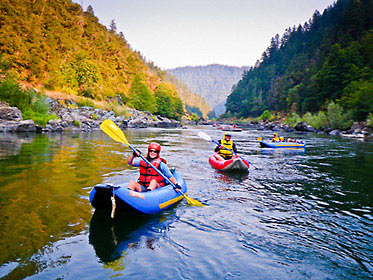 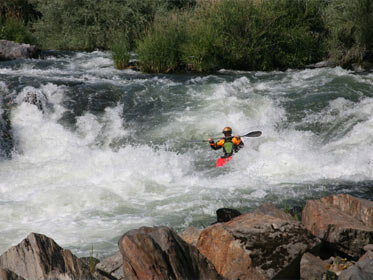 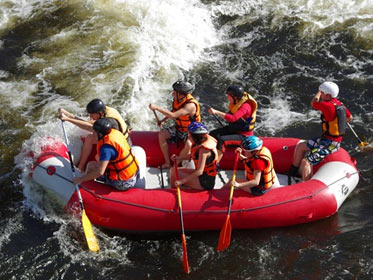 Southern Oregon rivers offer views of mountains, waterfalls, bald eagles, osprey, blue herons, turtles, deer and so much more! Whether you want to lethargically float and enjoy the beautiful scenery that Southern Oregon offers or you’re looking for exciting class III and IV rapids Southern Oregon has what your heart desires.

The Upper Klamath River is an exciting raft trip that cuts through a steep canyon with more than 30 major class III and IV stretches of rapids containing long turbulent drops, short charges and an encounter with a class IV+ rapids named Caldera and Hells Corner. Many full day rafting trips are offered, along with many other packets.

The North Umpqua’s sparkling water makes its way through densely forested, steep-walled canyons. This waterway cuts through Oregon’s southern Cascade Mountains, between Crater Lake and Roseburg, and is known as one of the top white water rafting rivers in the U.S. 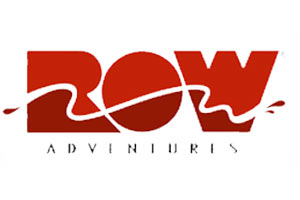 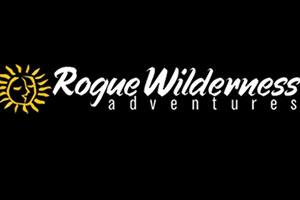 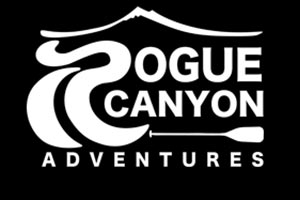 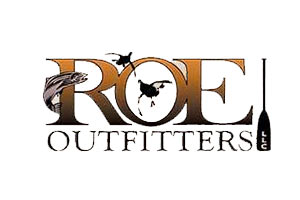 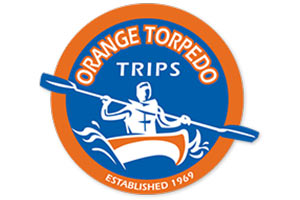 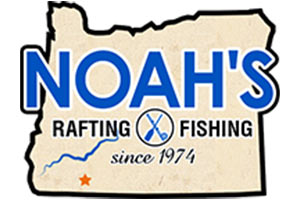 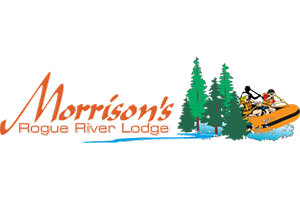 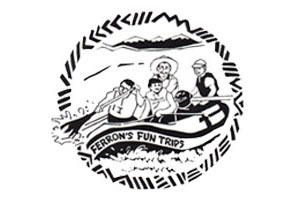 Here are some of our favorite swims spots in Southern Oregon. We would like to remind you to always keep an eye on children when swimming in the river and be mindful of the currents, know your swim capabilities. Our rivers are wonderful, but also unpredictable, like any wild and natural thing! Swim at your own risk, and have fun! 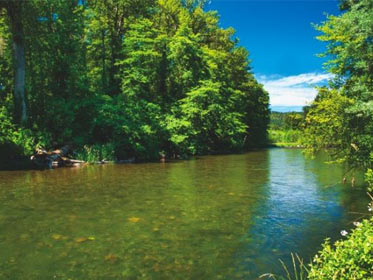 is a great spot to take the family for a day at the river. The best spot at Cantrell Buckley is the day use area, right before you get to the bridge. The reason why this spot is so great is that there is so much variety in the location. The main spot right under the bridge has small rocks to jump off, and often times a rope swing. There is also a great area for really little ones where the current has been slowed by a large rock wall and has essentially created a “kiddie pool”. If you walk up the path you will find a larger sandy beach area with little to no rapids in the river, this is great if you’re looking to relax and hang out in the water. If you have any kind of floatation, you can walk up the path even further to the river and ride the small but still exciting rapids to the bridge day-use area. 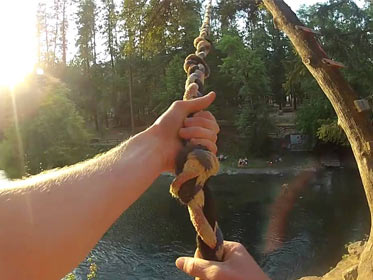 is a fun swimming location, the current is relatively slow and there isn’t much curve to the river bed, making it easy to keep an eye on the little ones. The main attraction of this swimming spot is the large rocks on the other side of the river, with a rope swing hanging from the trees there. On any summer day you will find many daredevils jumping off the cliffs and swing into the cool waters 50ft below. 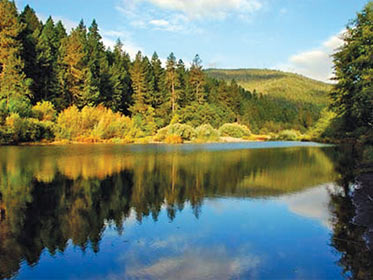 is a beautiful way to spend a summer day, with sandy beaches, deep green swimmable pools and jumping rocks. Driving along the Illinois River you will find many beach and day use areas! Bring your picnic lunch and find one that suits you! 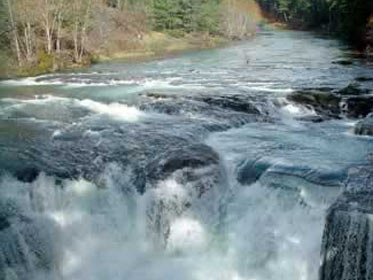 are nature’s waterslide! Here shallow waters flow over smooth and slippery bedrock and drop into a 15 foot deep pool of water. You will enjoy spending the day coming up with creative and new ways to slide down this exciting stretch of the South Umpqua River. This is an alcohol-free park and trespassing on the fish ladder is illegal! 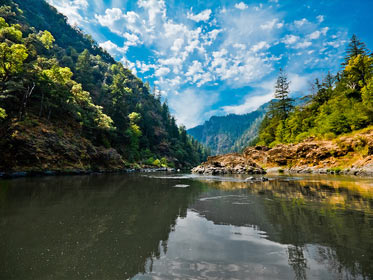 along the Rogue River is a nice park with a playground. The bank is mostly rock and pebbles, but is a great swim spot for the family. Bring and picnic and a floaty, the Jet Boat Excursions frequently drive past and create fun waves to ride!

If you are looking for more swim holes in Southern Oregon make sure and download the “Oregon’s Swimming Holes” app! We love it! It uses your location to find an awesome swimming hole near you and gives you all the information you need for that swimming spot, including water quality, litter and water currents! If you are looking to find hidden swim gems in Oregon, this app will be your best friend! 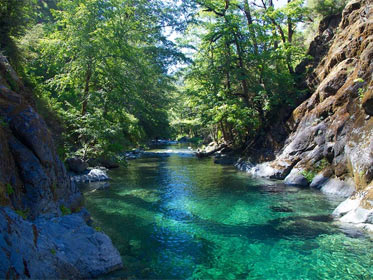 The Chetco River, as is typical of the Pacific coastal rivers, is dominated by trout and salmon. It also has a large population of winter steelhead, fall Chinook Salmon and sea run Cutthroat Trout. There is also the occasional Coho and Chum Salmon found on the river. The upper portions of the river and its streams are loaded with Rainbow and Cutthroat trout. The Chetco possesses some of the highest salmon smolt returns of any coastal river in Oregon. 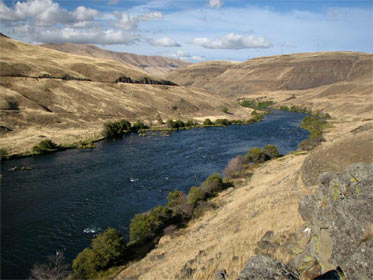 The Deschutes River is world renowned for its fly fishing on the upper portion of the river. The last two weeks in May through the first two weeks in June, fly fishermen from around the world travel to the Deschutes to take advantage of the Stonefly hatch. The Deschutes produces a unique native strain of rainbow trout locally known  as ‘Redsides’ or Redband Trout. These trout grow larger and stronger than most and have a darker red stripe. Warm Springs to Macks Canyon is the most popular location to fish for Redsides. The Warm Springs Indian Reservation owns certain portions of the Deschutes River. Fishing from these tribal lands does require a special permit. 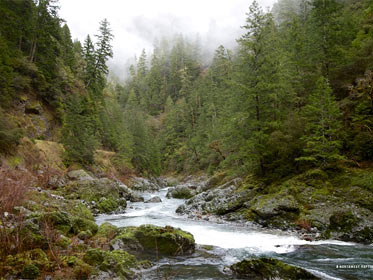 Elk River holds a large population of Chinook salmon, Coho, Steelhead and Cutthroat Trout. The river is also open to fall salmon, winter steelhead and trout fishing starting in late spring. There are several areas to fish from the bank and for drift boat take outs. The most sought after fish of course is the fall Salmon run on the Elk River. 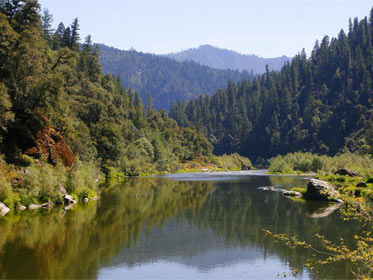 The majority of the river’s path runs through the High and Western Cascades and the Klamath Mountains. The Klamath Rivers ecosystem ranges from high desert country to lush, green forests full of redwoods and underbrush. The Klamath is known for its fall Salmon runs and is also fishable for trout and steelhead in the right seasons. 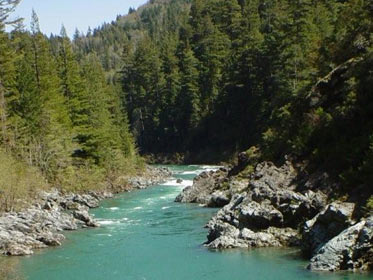 Oregon’s Smith River offers fishing for Shad, Striped Bass, Steelhead and fall Chinook. This is primarily a catch-and-release river so if you are just looking to spend a day fishing, but don’t plan on having fish for dinner, it’s a great place to be. 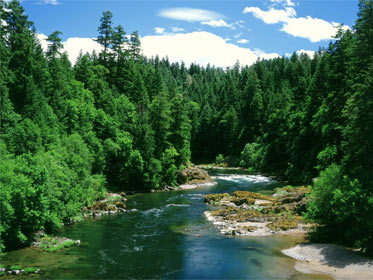 The North Umpqua is one of the best fly fishing areas in the Northwest and is also known for its salmon and steelhead fishing.

The South Umpqua is known for its Small Mouth Bass fishing from early spring through the summer months, and winter Steelhead from December through early March.  Although there is a large fall run of salmon on the South Umpqua, fishing for them on this fork of the river is illegal.

The Main or Lower Umpqua is the river formed by the joining of the North and South branches of the river. This portion of the river provides fishing opportunities year round: there is salmon fishing in the fall and spring, steelhead fishing in the winter and summer, and sturgeon fishing year round. This portion of the Umpqua also provides Striped Bass fishing. Around the Elkton area, starts the area for Small Mouth Bass and Shad fishing along with salmon and steelhead. 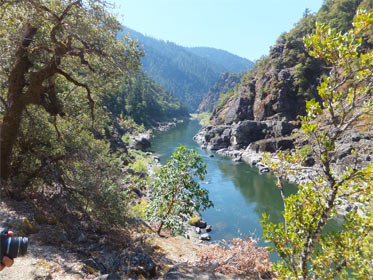 The Rogue is most famous for its Salmon and Steelhead runs but provides a wide variety of year round fishing opportunities, including Chinook and Coho Salmon, Steelhead, Brown Trout, Cutthroat Trout, Catfish and Sturgeon.

The Upper Rogue River provides a large variety of fishing opportunities: the middle section of the Rogue produces fall and spring Chinook, Coho in the fall and an amazing summer and winter Steelhead run. This section of the river also provides the opportunity to catch some very large Rainbow Trout.

The Lower portion of the Rogue River boasts great runs of summer and winter Steelhead, a large variety of trout and possibly even Catfish for the lucky ones. The bottom half of the Lower runs summer and winter Steelhead, spring and fall Chinook and Coho. The portion of the Lower Rogue near the Pacific Ocean also produces the opportunity to fish for Perch, Lingcod, and Sturgeon. 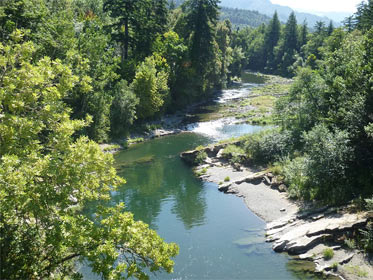 The main Coquille River is 36.3 miles long with its start in Myrtle Point, running its course through Coquille to Bandon where it empties into the Pacific Ocean. The main portion of the Coquille River is well fished for its fall Chinook, Coho and Sturgeon. Steelhead also run this area in the winter. There are several locations between Coquille and Bandon for launching boats and fishing from the bank. In the fall you will find many fishermen also trolling the bar for Salmon.

The South Fork of the Coquille has an excellent winter steelhead run lasting from December through March with its peak steelhead run being in January. Some also fish for fall Chinook on this river.

The North Fork not only provides Salmon and Steelhead fishing, but a large variety of other fish such as Brown Trout, Largemouth Bass and Yellow Bass.